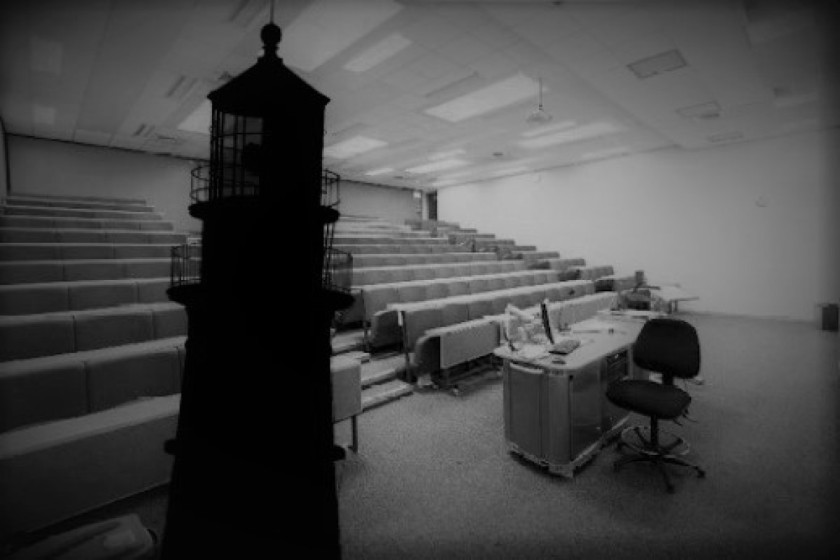 Newcastle University is under fire after reports have emerged that a lighthouse has been in operation inside the Herschel Building for nearly 40 years.

A group of keen-eyed students spotted the 30 ft structure in one of the lecture halls last week. University leaders responded to their confusion – pointing out that thick fog has often wreaked havoc inside the so-called “theatre” and the lighthouse was put in place to stop students from crashing into one another, capsizing, and potentially drowning in the thick carpeting. Captain Ed E. Stone who has run the facility “since I was but a wee lad” justifies the lighthouse’s vital role in the academic sphere, saying that a foghorn would be “disruptive to an environment of learning.”

Student campaigners, on the other hand, say they feel unnerved knowing a hagged sea-dog is watching their every move, and are distracted by the 1000 W light shining so close to their little dainty eyes. Responding to the Students’ calls (as well as their semaphore), the University has launched a review into its lighthouse policy, and are looking into other options; such as the Shipping Forecast being broadcast through the building each hour as a replacement. This new campaign aims to inform students about the “dangers of force 8 gales” and the “real meaning of Dogger.”

If this plan goes ahead, the University would like your feedback on a new use for the redundant structure. Some ideas from students include converting it into an 8,000-gallon water cooler, or a sniper’s nest to “take out the rahs once and for all.”