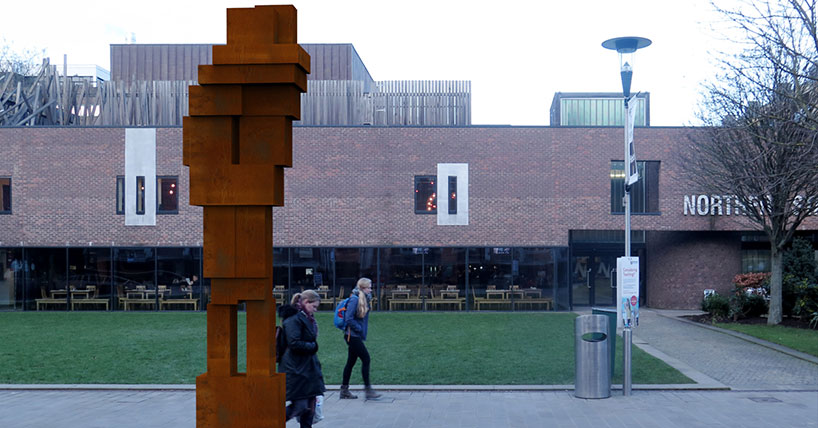 The Clasp statue is to be removed from campus imminently, a Newcastle University spokesperson has today announced.

After The Lampoon exclusively reported that the number of people supporting the anti-statue movement rose to 100% after seeing the Clasp, many were unsurprised by this announcement. However, it will not be an angry mob who will tear down the central campus eyesore.

Instead, the University revealed that Boris Johnson mandated the statue’s removal, owing to its depiction of close physical contact.

Addressing the nation, the prime minister said: “Antony Gormley’s sculpture is absolutely sending out the wrong message during these unprecedented times. That two people should embrace so tightly in the midst of a global pandemic is quite frankly unacceptable.“

In the speech, Johnson went on to praise Newcastle’s newest statue, a 20ft effigy of Tim Martin outside of the Five Swans.

“Such statues are a great example of how powerful our nation can be at such troubling times. Mr Martin is really supporting our excellent British economy with our great British beer, and I was so inspired by his efforts to dick with Wetherspoons employees during the pandemic that I decided to dick with the whole country by introducing perplexing lockdown measures and letting my friend Dom visit Barnard Castle.”

Even Newcastle University itself was surprised by Johnson’s announcement. Its spokesperson went on to say: “Here at the University we have spent the last two years trying to figure out what exactly the statue is meant to be.”

Gormley’s other North East sculpture, the Angel of the North, has been praised by the government for its strict adherence to social distancing guidelines.