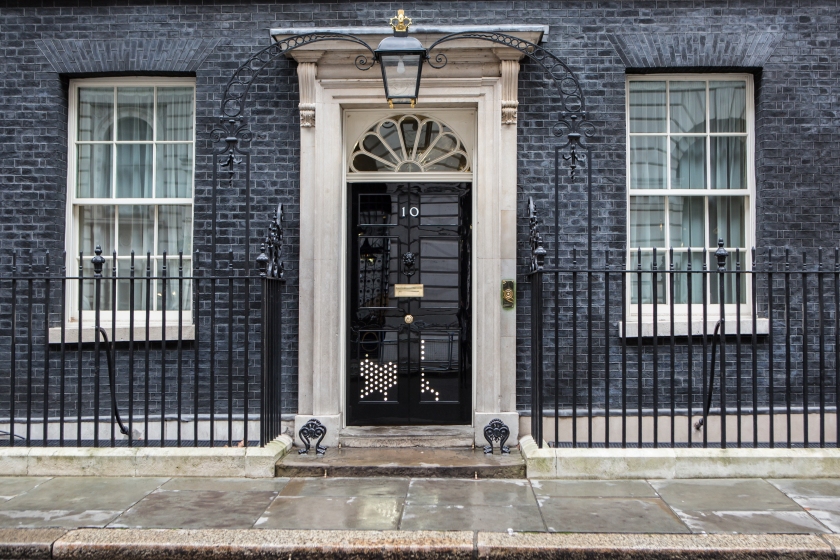 Westminster sources have confirmed that Boris Johnson has been convinced to spend a bit of time doing that job he back-stabbed a lot of people to get.

The premier was spotted struggling out of a taxi outside Number 10 with a can of lager in one hand and a raw leg of mutton with bite marks in the other. An aide with dead eyes informed reporters that Mr Johnson would need some time to ‘gather himself’ before he would be available to answer questions. No further information was given about this nor about the crate of beer that was brought into Number 10 shortly after the Prime Minister’s return. When pressed by The Lampoon’s reporter, the aide would only mutter something about Mr Johnson needing to ‘taper off’.

After a few hours, a bleary-eyed Mr. Johnson came out of Number 10 in a dressing gown with ‘trickle-down economics’ written on the pocket. After crumpling what appeared to be some hastily written cue cards, Mr. Johnson explained the details of his early return from holiday.

“Well, with copid… conid… you know, the virus thingy, mostly killing poor people, Dominic said it would be best if I came back and added my signature competence to those Brexit negotiations that are going so well.“

Having given this statement, the Prime Minister let out a loud belch and staggered back inside.

Gazza arrived shortly afterward with a fishing rod and some cooked chicken, but was denied entry to Number 10.