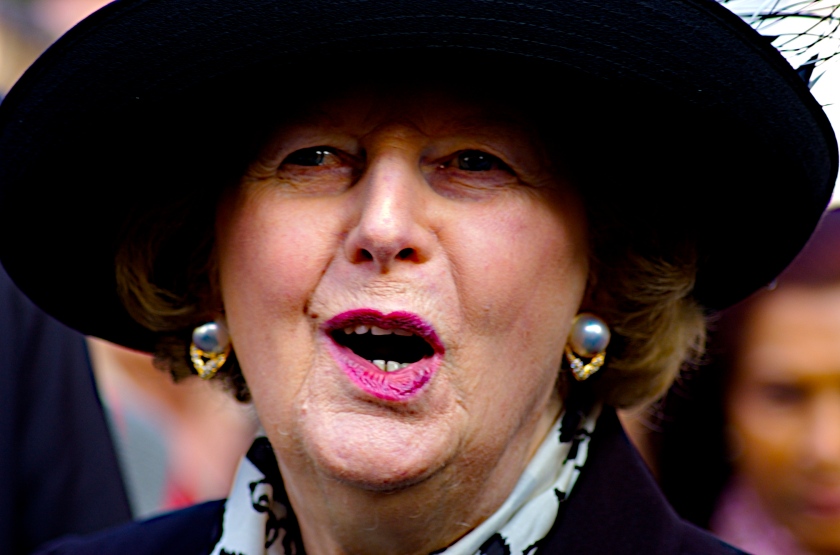 Sources close to Boris Johnson have confirmed rumours that a vision of Margaret Thatcher appeared to the Prime Minister to convey her disappointment in his recent policies.

Having been led out to a large body of water near Chequers by Dominic Cummings, Johnson was at first under the impression that he was looking at his own reflection, anonymous sources told The Lampoon. However, once Cummings made him look closer, the Prime Minister became aware that it was indeed the Iron Lady gazing back at him.

Sources then described the deceased three-term Prime Minister appearing in the sky above Boris Johnson, formed out of dark clouds.

Our correspondent asked if there had been any indication of what Margaret Thatcher had meant by her cryptic words. “Oh, no, she was extremely clear,” the source stated. “She had an actual list of policies that she wasn’t happy about: giving people money to go on furlough, allowing civil servants to work from home rather than get sick, trying to woo the North as opposed to sending in the Met to kick the shite out of the locals. It was roughly ten minutes of itemised criticism.”

The COVID-19 pandemic has caused Johnson’s administration to enact several policies that many have noted would be more characteristic of a left-wing government. This, however, is the first time in history that a former Prime Minister has literally dragged themselves out of hell to inform their successor of their disapproval.