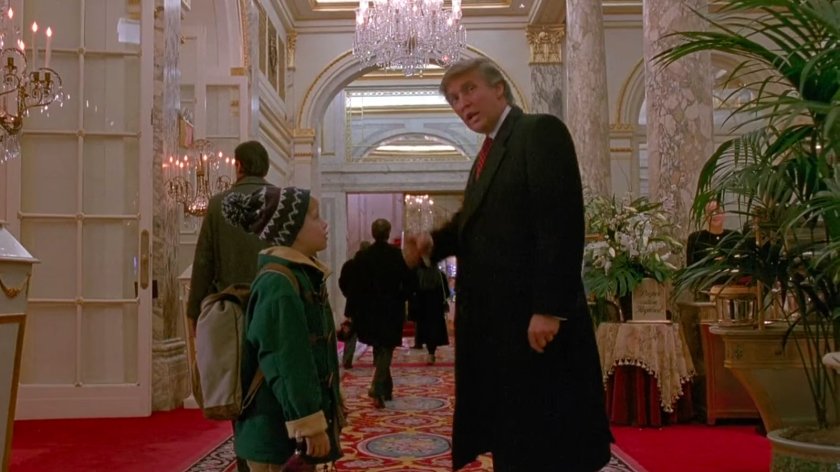 In a shocking twist of election shenanigans, President Donald Trump has been spotted setting up a series of intricate and goofy traps modelled on those from the beloved 1990 cult classic Christmas film ‘Home Alone’. It is believed he is doing this in an attempt to keep Joe Biden and Kamala Harris from entering the property on the 20th of January, 2021.

A source close to the President has told the Toon Lampoon that the president has ‘laid down marbles at the doors, set up piles of feathers and glue next to oversized fans, and has even left cans of paint on stair cases to fall down when a trip wire is stepped on’. It is also said that the President has been heard pre-emptively saying ‘keep the change, ya filthy animal’ to anyone who enters a room he is in, and also stands guard at the rear door’s cat flap with an air rifle at night.

Donald Trump famously performed a cameo in the 1992 film ‘Home Alone 2: Lost in New York’, and is known to be a fan of the franchise. The President has refused to comment on whether this was the motivation for his recent actions.