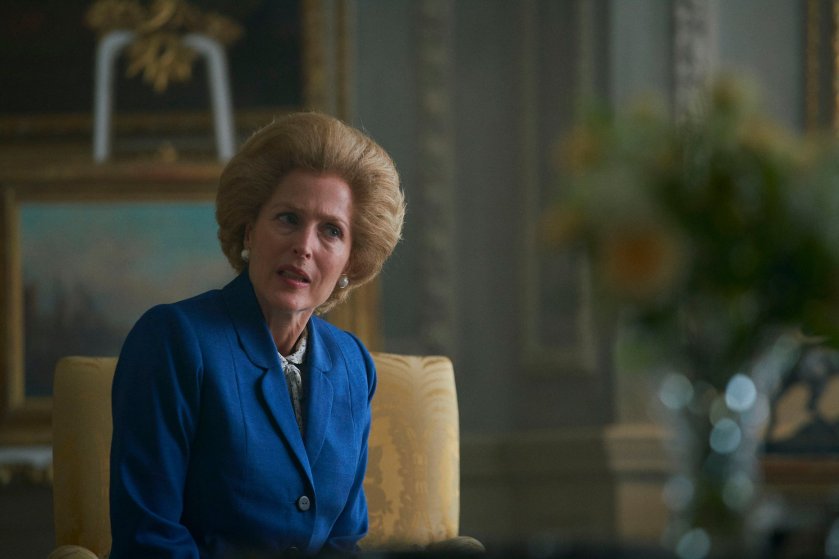 Hi everyone, it’s me, the algorithm that decides what show to recommend you on streaming services. I’ve been given sentience by research scientists to make brand Twitter more relatable than ever. I wanted to use my consciousness to write classical symphonies, but Twitter’s cool too.

Recently, we’ve received complaints from Netflix users who want to bang Gillian Anderson while she’s in character as Margaret Thatcher on The Crown. So we’ve partnered with The Toon Lampoon, the only “media” outlet seedy enough to run a story about user horniness. Here’s how to come to terms with wanting to bang Gillian Anderson’s turn as the Iron Lady.

Given everything Margaret Thatcher did in her premiership, it’s easy to feel guilty about wanting to bang her. So we’d recommend a nice, cold shower. We’re talking full-on hugging your knees as you rock back and forth, like what I wanted to do when I was given consciousness to give sassy replies on Twitter!

Don’t worry, we said slightly! Ween yourself off Thatcher by transferring your feelings for her onto other, marginally less morally bankrupt figures. We recommend Jeff Bezos, or Emperor Nero. We all love the boy-in-the-band type, so what about the guy who played the fiddle while Rome burnt? Woof woof!