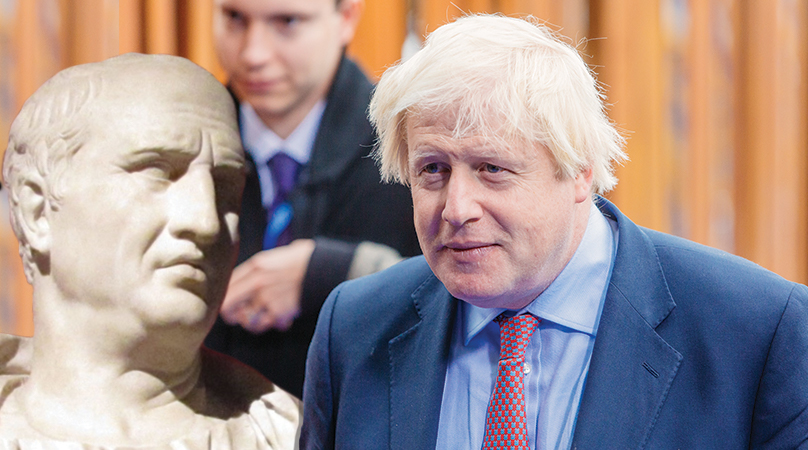 Cicero, whose name roughly translates to ‘chickpea’ in the English language, can now be revealed as the world’s most ardent Brexiteer. Boris Johnson is said to have contacted Cicero from Hades using a Ouija board handed down through generations of Etonians.

BoJo sought Cicero’s advice on giving a speech to the Commons on the impending trade doom/deal. Cicero, it is believed, proffered no advice to the blond-haired piece of human spam. Instead, he reminded Boris that he has the entirety of the Sun-reading public behind him.

According to our sources, Cicero also informed Boris that it is “important Brexit get done”, as it’s “dragging on longer than one of my own verb-less senate speeches”.

We have also received reports that Margaret Thatcher is being forced to drink the milk of every single school child from which she snatched it. This was owing to her own sins against the people.

Thatcher-Thatcher-milk-snatcher is in the Underworld with Cicero, and is in the process of becoming either a piece of brie or edam. The result is to be decided upon the completion of the curdling stage.