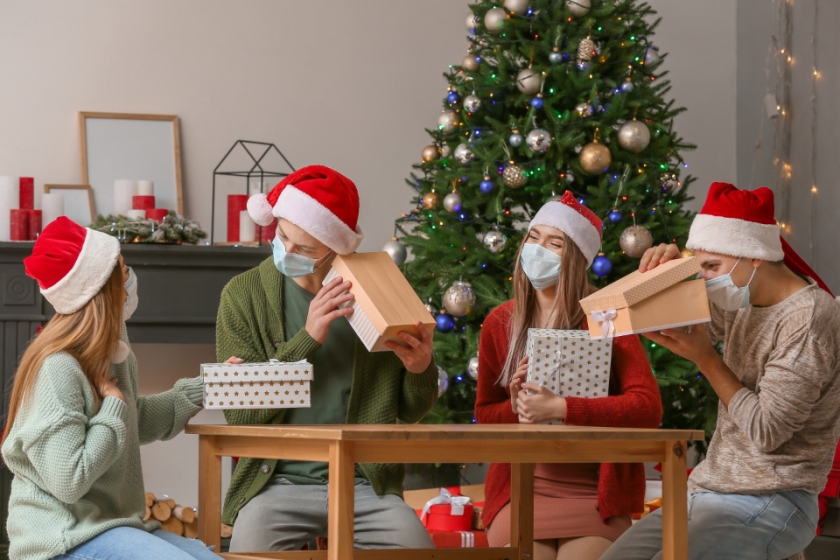 A local father is reportedly standing by his statement that his own mother’s death from COVID-19 in what doctors have described as “probably January 2021” is a price worth paying for “the family spending Christmas Day together”.

Tom Langdon, a resident of Newcastle upon Tyne, has described Dorothy “Nana” Langdon (89) as having had “a decent innings”. He went on to claim that his decision to invite her, along with eight other relatives, to his home for Christmas dinner was the result of “loving his family and wanting them to be happy”.

“2020’s been hard on all of us,” Langdon told The Lampoon’s plague correspondent. “First, there was Dad passing away in April from complications. Then we had our Sheila having to isolate for a fortnight in July, and only a month or so after that, Mum was in hospital for six weeks on a ventilator. I think that, after that, no-one can say that we’re not entitled to at least one day when we can act like everything’s normal.”

When asked about the increased possibility of his mother’s death (an outcome for which Ladbrokes is currently offering 3:1 odds), Langdon remained resolute.

“I think it’s all a matter of where you’re willing to draw the line,” he told our reporter. “Eventually, you come to a point where you need to decide between hiding in your house forever and taking an acceptable risk to live something approaching a normal life. And the family, after some discussion, has agreed on where that point is.”

“Daddy said that we could either have a proper Christmas or keep having to go and stand outside Grandma’s front door and talking to her every Saturday,” stated Kylie Langdon (7). “I love Christmas, and standing outside Grandma’s house is boring. I want to watch cartoons on Saturday morning.”

Dorothy Langdon has assured reporters that she doesn’t want to be a burden and has been looking forward to finally seeing people properly.

“I’ve been very lonely since my Robert died,” she said. “It’s just been me around the house except for seeing Tom and his girls on Saturday mornings. When I got the invite for Christmas dinner, it really gave me something to look forward to these last few weeks. I might even make my famous Christmas pudding.”