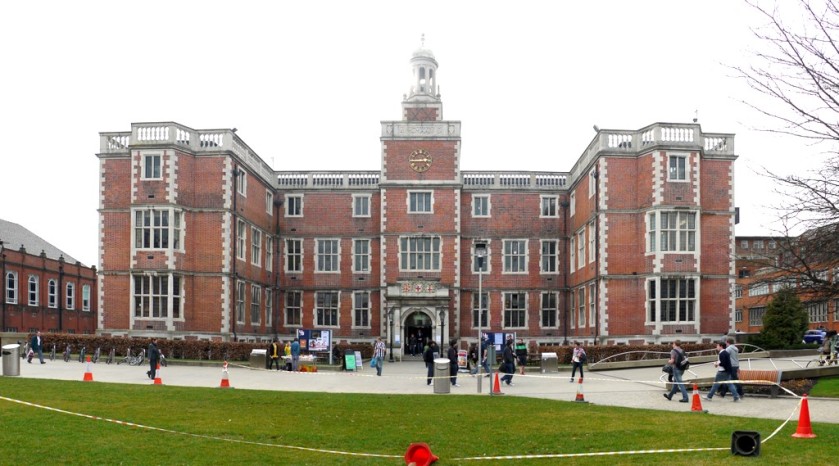 Metro Kieran, current Community Students Officer of Newcastle University Students’ Union, is currently awaiting a trial by NUSU’s Student Council for unspecified reasons. Since Metro Kieran is a former neighbour of mine and there is a possibility he might wield extreme political power in the future, the Lampoon decided I should talk to him – just in case he decides to award us a shipbuilding contract or something in the future.

This interview was transcribed verbatim. The source video is not legal to publish for reasons my therapist would rather I do not disclose.

What sort of trial is this that you are going to be the defendent in?

Metro Kieran: “This is an impeachment trial and a censorship of Metro Kieran, as he carries out the will of the very fine student people of Newcastle University. Very bad forces in Big Council are forming to try and prevent him pushing through the reforms the People want and usurp his authority.”

“Metro Kieran started his political career as a simple man who wanted to improve the lives of those around him, bringing together both the yellow and green lines of the Metro but has run afoul of those who oppose him. Big Council has their own dark agenda to destroy the hopes and dreams of students and to suppress the freedom of students. This is a massive witch hunt; they’re trying to divert attention away from themselves. What are they hiding? What have the done? Are they hiding the fact they have done nothing? Students need to rise up and fight this, on every level before they lose the greatest PTO they ever had.”

(At this point, Metro Kieran showed me his chest tattoo: ‘Please Turn Officer’ in Gothic script.) [note: would this be funnier if it said “please turn over”?]

Why are you being impeached?.

Metro Kieran: “Jealousy, plain and simple. Metro Kieran is loved by all at Newcastle University, nobody loves Big Council. Never has a PTO been loved as much as Metro Kieran. It is a shameless, unconstitutional power grab from an illegitimate agency. NUSU has failed Metro Kieran but he will not fail you; do not fear.”

What are the consequences of being found guilty?

Metro Kieran: “To Metro Kieran’s knowledge, there are no consequences of being found guilty. This is irrelevant anyway because Metro Kieran is 100% innocent. Besides, it’s not like anyone knows what happens at Big Council and therefore Metro Kieran has not bothered to find out either, he is truly a man of the people. The other reason is that, despite being a shady deep-state organisation, Big Council have no real power and they are cannot achieve anything anyway.”

Do you have any plans in the work for your (presumably inevitable) staying in office?

Metro Kieran: “Metro Kieran’s retaliation will be sharp and swift, without mercy and without hesitation. It’s important that people realise this and pick the winning side in the upcoming struggle before it is too late. After all, we all know that I’ll [REDACTED] anyone who aligns themselves with Big Council as well as [DATA EXPUNGED] to their loved ones.”

How are you feeling about your re-election campaign? Will the trial hurt your chances of holding on to your seat?

Metro Kieran: “Metro Kieran only has one opponent in the upcoming election. Since everyone loves Metro Kieran (or doesn’t care enough to run against him), Metro Kieran will only have to face every candidates mortal enemy: Ron. However Metro Kieran is a sporting man and thus will run a ‘Vote for Ron’ campaign concurrently with his re-election campaign in the interests of scaring Big Council with his commitment to democracy.”

“Metro Kieran can confidently state that his election was won fairly, he will not say this for the other elected officials. Are people looking into this? No. Should they? Maybe. Metro Kieran doesn’t get to decide but he knows what he would do if he did.”

Metro Kieran: “For legal reasons, Metro Kieran rejects the notion of calling anyone on Big Council a tit or an ass.”

Worst night out in Newcastle?

Metro Kieran: “Unfortunately every night out is a bad night where it’s illegal to drink on the Metro. Metro Kieran dreams of a world where locals and students alike can delight in openly drinking half a bottle of Smirnoff on the journey from West Jesmond to Central, instead of hiding their journey juice like a blood diamond miner in Zimbabwe.”

Would you recommend a career in student politics to our readers?

Metro Kieran: “Metro Kieran welcomes healthy competition from similarly-Metro-minded people in order to promote public transport amonst the student electorate. However, in an ideal world, Metro Kieran would be the only student in student politics, in order to avoid needless conflicts and/or performance reviews.”

Metro Kieran: “Metro apologises, there are delays to services due to leaves on the track between Gateshead Stadium and Pelaw, we apologise for any inconvenience caused.”

At this point, Metro Kieran had to leave after being notified that the Auditor Seat was about to kidnap his girlfriend Ketty Metty. He visually implied that we were never to contact him again.